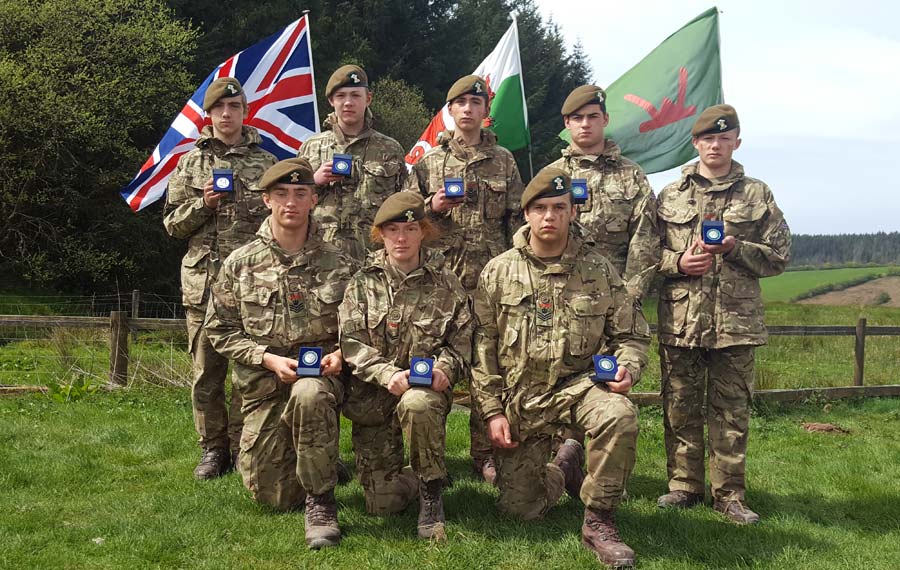 During day one of their patrol, cadets were presented with a range of challenges which tested their endurance, decision making, teamwork, leadership and followership skills. The team, directed by the Commanding Officer, were under extreme pressure to make quick decisions in realistic scenarios, often under fire by enemy soldiers. The first day culminated in the Commanding Officer giving orders for the march and shoot the following day, which he delivered exceptionally well, receiving praise from the regular soldier who observed him.

On day two cadets completed the march and shoot. After a fast, tactical march across difficult terrain, cadets arrived at the live firing point where they shot with high accuracy.

Completion of the tasks, coupled with the severe weather conditions caused by Storm Hannah, was no mean feat. Despite the adverse weather conditions, Llandovery College cadets performed exceptionally well and were deserved winners of the silver medal.

There are few events where children are challenged to a level such as is demanded by the Cadet Cambrian Patrol Competition and we are all extremely proud of the team’s resilience, perseverance and determination. Well done!