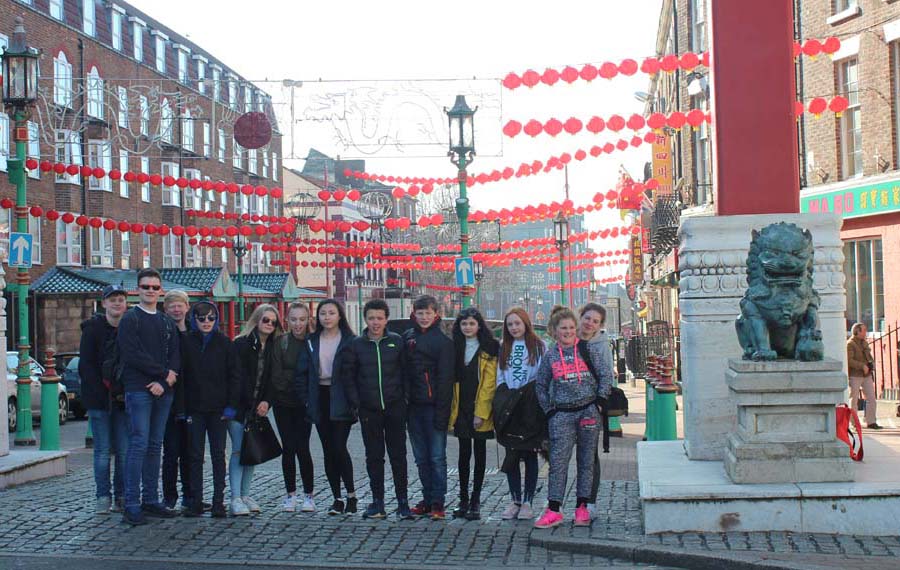 Llandovery College pupils set off with great anticipation to join the Chinese New Year festivities in Liverpool. Following last year’s highly successful trip to London’s China Town, this year’s destination had much to live up to and it did not disappoint. The city boasts one of the oldest established Chinese communities in the UK and was a fitting destination to herald in the Year of the Dog.

There followed a tour of China Town itself and of course the partaking of a veritable feast of authentic Chinese food at the Tai Pan Oriental Buffet. That was not all and in the afternoon the party was fortunate to visit the exhibition of the First Emperor of China’s Terracotta Warriors at The World Liverpool City Museum. The beautifully crafted and preserved statues and chariots left both pupils and staff awestruck.