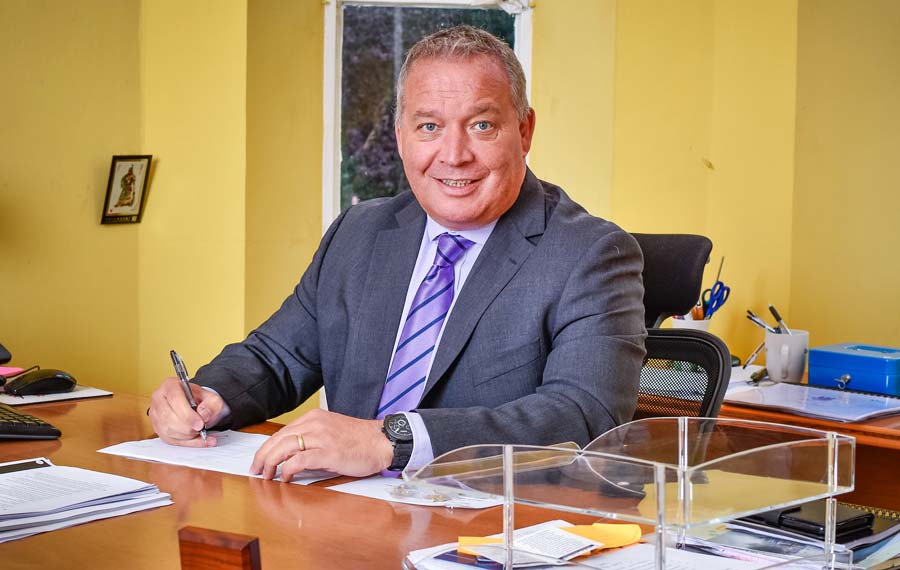 Farewell to The Warden

The Llandovery College community has been saying a fond farewell to our Warden, Guy Ayling, and family after seven years as Head Master.

Pupils, staff and governors gathered together in the College Chapel at the end of term to pay tribute to the Warden and to wish him, Heather and their boys Oliver, Theo and Finlay, every success as they move to their new school, Mount Kelly in Tavistock, where Guy takes up the position of Head Master and Principal.

In a moving service, the Chair of Governors, Michael Morgan, spoke on behalf of the whole school community by thanking the Warden for his loyalty, tireless work and commitment to the College since becoming its 17th Warden in April 2012.

We celebrated the Warden’s contribution to the College by singing some of his favourite hymns and with special performances from the College and Prep School Choirs.

Some of the notable highlights of Guy’s tenure include the innovative expansion of the Prep School to include Years 7 & 8; the opening of a thriving nursery school; the restructuring and strengthening of a traditional House system, which has resulted in a significant growth in boarding; and developing exciting, strategic and commercial links with schools in China.

Above all, the Warden leaves a caring College community with a proud culture of inclusivity and an enviable reputation for producing grounded, compassionate and confident young Llandoverians, well-equipped to face the world.