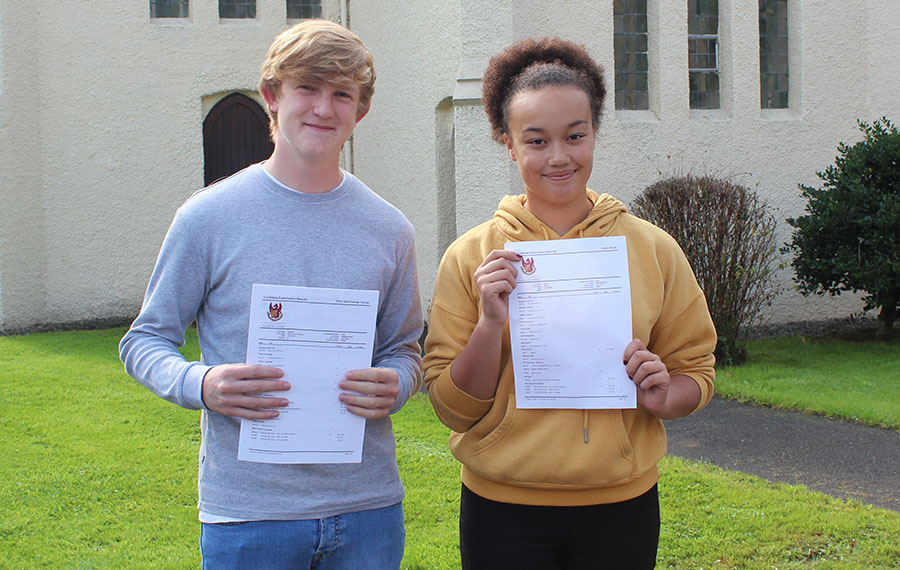 Llandovery College is today celebrating the success of pupils securing some of the highest grades in the UK. For the first time at GCSE, pupils received the majority of their grades in the new reformed number grading of 1-9 with 9 representing an A**. A pleasing clutch of grade 9s were secured by pupils, which along with a 100% pass rate, reflected the hard work and effort of pupils and was met with delight by both parents and staff.

Congratulations to highest achieving pupils Alysia Glover and Oliver Thomas who between them secured a staggering 19 A*s and 9 A grades. Both pupils excelled across all subjects and achieved top grades in Maths, English and the Sciences.

Within the College there were many other personal success stories with pupils performing well above expectation and all are especially commendable in light of the ever increasing challenges at GCSE Level.

Llandovery College Warden, Guy Ayling, congratulated all pupils and said: “Once again our pupils have overcome the challenge of tougher examination specifications and they can move onto their Sixth Form studies with much confidence.”