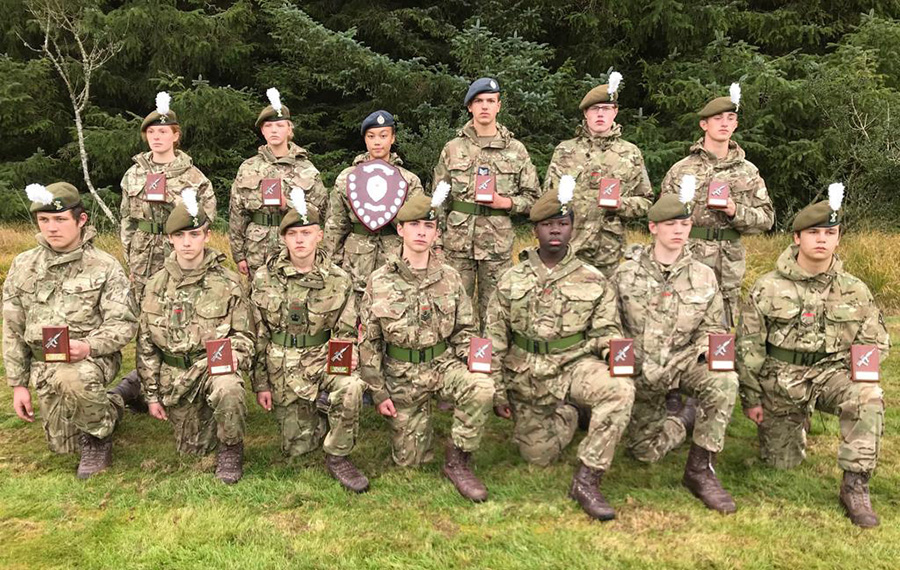 Four highly skilled College cadets were in the top twelve best shot category out of an incredible 120 cadets. Cadet Corporal Douch gained the honour of second place in the challenging and precise competition.

Cadets also took second place in the Defence Match and reached the semi-finals of the Falling Plate Competition.  Overall the weekend was a huge success for the Llandovery College Combined Cadet Force and we salute the hard work and training that has gone into achieving this prestigious award.