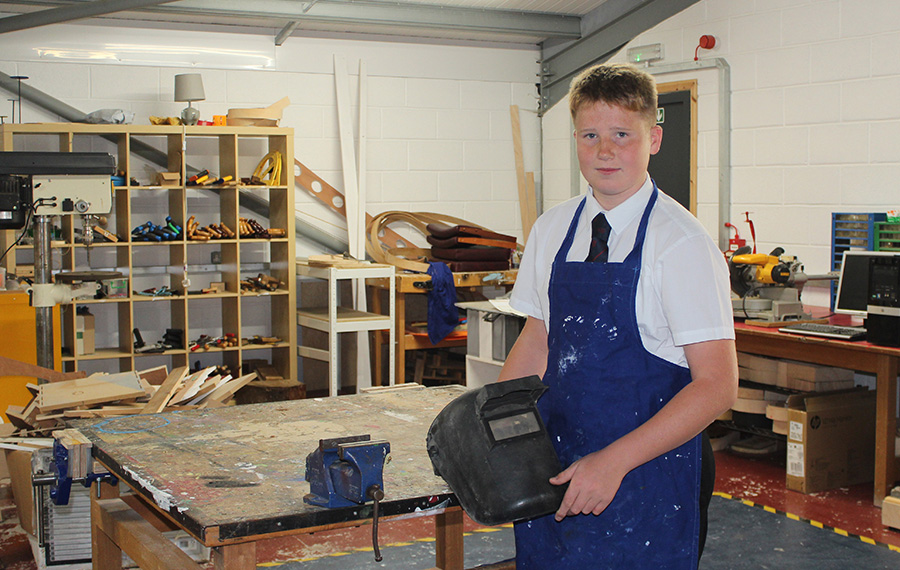 Youngest coded welder in the UK?

Llandovery College Senior School pupil, Henri Jones, has achieved professional welding qualifications at the tender age of 13 and, after successfully carrying out a welder approval qualification test of a multi-layer inline plate butt weld and multi-layer T-joint fillet weld, he is now a coded welder, working to British and European standards.

These qualifications were carried out in the Metal Archive Gas welding process, in accordance with the BS EN ISO 9606-1:2017 standard, which will enable Henri to work professionally as a welder when he is old enough. Henri learnt from his father, skilled welder, Dafydd Jones.

Henri’s mother, Alex Jones said: “We are tremendously proud of Henri’s achievement. We think he may be the youngest coded welder in the UK although we can’t be sure as there is no national database, but it would be surprising to find a younger one.”

At Llandovery College Henri takes full advantage of the large, on site Design and Technology Department citing the subject as one of his favourites.